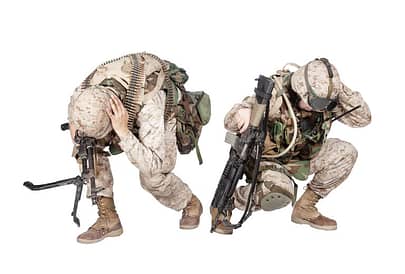 3M cases stem from the earplugs issued to soldiers on the frontlines that did not perform as the company said they would. These defective devices had a dual-ended design – one side of the earplugs allowed soldiers to hear speech and the other hand provided increased protection from dangerously high volumes. However the designed resulted in a short stem that did not go deep enough into the ear to provide adequate protection. The soldiers wearing the 3M earplugs were exposed to very dangerous levels of sound when they were believed to be protected.  Claims of hearing damage and tinnitus have increased significantly due to this design defect.

The types of cases that have stemmed from 3M lawsuits include, but are not limited to the following:

Now owned by 3M, Aearo Technologies originally manufactured the 3M Combat Arms Earplugs in 2000, when they realized they had a defective product that did not protect the ear canal from damage.Instead of correcting their mistake, they knowingly sold the faulty earplugs tothe US government,who issued them as standard for military personnel between 2003 and 2015.

3M admitted no wrongdoing but agreed to pay $9.1 million to settle the allegations in July 2018.

Approximately 1,000 lawsuits have been filed as of late 2019 in U.S. district court in Pensacola, Florida. U.S. District Judge M. Casey Rodgers will oversee the cases.