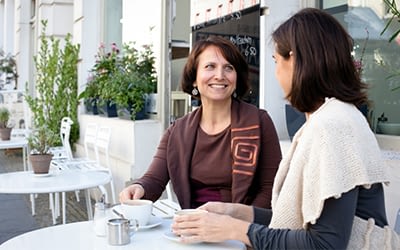 MT Services LLC provides up-to-date lawsuit news on all of the various transvaginal mesh and bladder sling litigations, as well as various services to assist victims with getting the help they need during this difficult time. These services include: Lawsuit Pre-Settlement Funding Cash Advances, Corrective or Revision Surgery Procedure Funding (or cash needs related to your surgery), and Attorney Referrals to Nationally recognized Transvaginal Mesh and Bladder Sling lawyers and law firms.

The Transvaginal Mesh and Bladder Sling litigation could be the largest product liability litigation of all time when it is finally resolved. However, with numerous manufacturers and countless different products, the TVM litigation is expected to drag out for years to come. Due to the complexity of the vast litigation, many victims and plaintiffs are very confused with many aspects of their potential case.

There are two types of mesh cases; the first is called Pelvic Organ Prolapse (POP case) the second is called Stress Urinary Incontinence (SUI case). Each of these cases have various side effects and symptoms from the original implant of the mesh. However, once a victim has identified an issue with their mesh through documented doctor visits, it then becomes very confusing as to which mesh maker’s product and which individual device was implanted. They then must see if the particular product has been the subject of a recall and/or a lawsuit. What is worse for the victim is trying to locate these records and trying to find a law firm that will assist them with ascertaining if they have a viable lawsuit.

In July of 2011, the FDA issued a warning on all mesh products, resulting in a public awareness of the issues. Therefore, in many jurisdictions, the time to file a transvaginal mesh lawsuit claim could have expired in August of 2013. This is known as the Statute of Limitations to file a claim. However, in many jurisdictions – and under certain circumstances – many mesh victims still have time to file a lawsuit if they are still experiencing issues with their TVM implants. To date, there have been close to 50k lawsuits filed in both State and Federal Courts throughout the U.S., and another 50K or so to be filed within the next two years.

Generally speaking, most transvaginal mesh and bladder sling manufacturers’ products have the same characteristics and defects. With that said, if you, or a loved one, are experiencing any of the side effects listed below, we strongly suggest that you obtain legal counsel immediately. It is very possible that your pain and suffering is due to a defective mesh implant product and you could be entitled to substantial compensation.

TVM and Bladder Sling Side Effects

Below is a list of just some of the major mesh makers that Lawsuit Settlement News is following and can provide their various Mass Tort Services to victims and/or plaintiffs.

Below are just some highlights of major settlement news as well as Jury Verdict wins in excess of several million dollars.

Mass Tort Services Available to You

The Lawsuit Settlement News Website is here to provide you with up-to-date settlement news involving each mesh litigation, as well as Mass Tort services depending on your particular needs. Whether you are just experiencing side effects from your implant, need a corrective or revision surgery and don’t have insurance to pay for it, need lawsuit funding, or need to get in touch with a National Transvaginal Mesh Law Firm to evaluate your case for free – MTS is here to help.

IF YOU HAVE NOT FILED A TRANSVAGINAL MESH LAWSUIT AND ARE EXPERIENCING ISSUES, WE URGE YOU TO SPEAK WITH LEGAL COUNSEL IMMEDIATELY.  MTS CAN PROVIDE YOU WITH A FREE CASE EVALUATION WITH A TOP MESH LAW FIRM BY FILLING OUT THE PRE-APPLICATION ON THE UPPER RIGHT HAND SIDE OF THIS PAGE.