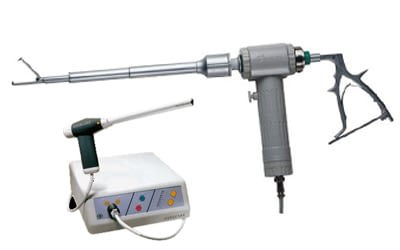 MT Services LLC provides up-to-date lawsuit news on Morcellator cases as well as various services to assist victims with getting the help they need during this difficult time. These services include: Lawsuit Pre-Settlement Funding Cash Advances, Surgical or Medical Procedure Funding (or cash needs related to surgery), and Attorney Referrals to nationally recognized Morcellator lawyers and law firms.

In April of 2014, the FDA issued a warning letter stating that the use of power morcellation devices may actually spread cancers when being used to remove fibroid tumors. After the warning letter came out, Johnson & Johnson suspended additional sales of three Ethicon power morcellator device models.

In July of 2014, the FDA’s Medical Devices Advisory Committee held a meeting to highlight the problems associated with the devices. Morcellation devices may actually disseminate malignant tissue, and the FDA concluded that the risk for spreading cancer is 1 in 350. Due to the discovery that the device may actually spread cancerous tissue, the FDA recommended that doctors stop using them. The FDA also concluded that surgeons who do use power morcellators should inform patients of therisks of the use of the devices. They also suggested serious warning statements should be added to product packaging, and recommended increasing the device classification to the higher Class II category. An FDA Class II recall typically indicates that a device may cause “temporary or medically reversible” health problems, as well as a remote possibility ofserious health problems.