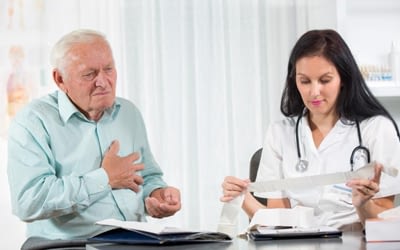 According to court records, the claims went from 189 in October to 222 in November. The lawsuits all have similar allegations, claiming that C.R. Bard Inc. and Cook Medical Inc. failed to let patients know that the IVC filters break, tilt, and migrate from the initial insertion position and then puncture the lungs, heart, or inferior vena cava. Different pretrial proceedings are already underway against the two manufacturers.

The FDA has received more than 900 reports of adverse events since 2005. Below are some studies and reports with data collected on IVC filters:

“A study in 2010 published in the Archives of Internal Medicine “found that nearly half of all IVC filter implantation surgeries were necessary. Thirteen percent (203) of the 1,547 people from Worcester, MA diagnosed with acute venous thromboembolism were given IVC filters as part of their treatment. Researchers found that a quarter of those patients did not need the filter and were unable to reach a consensus on the remaining 23 percent of cases, but they found that IVC filter patients had a much higher in-hospital mortality rate (nearly double) and urged that further research be conducted to establish clearer guidelines for use,” according to Surgical Watch re: IVC Filter lawsuits.

“FDA safety communication: In August 2010, the FDA announced that 921 adverse event reports had been filed, indicating that there were 328 instances of filter migration, 146 device detachments, 70 inferior vena cava perforations, and 56 filter fractures. The FDA expressed concern that the retrievable IVC filters are intended for short-term placement, but are too often left in the patients until the risk for pulmonary embolism subsides. They recommended that surgeons remove the devices as soon as possible. This safety communication was reiterated in 2014,” according to Surgical Watch re: IVC Filter lawsuits.

“2003-2011 review: Researchers looked at 952 IVC filter patients at Boston Medical Center from August 2003 to February 2011. Of 679 retrievable filters, only 8.5 percent were successfully removed. Unsuccessful retrieval attempts were made in 18.3 percent of cases. The patients suffered 74 venous thrombotic events, including 25 pulmonary emboli that occurred with the filters in place. Researchers noted that “many IVC filters placed after trauma were inserted when the highest bleeding risk had subsided, and anticoagulant therapy may have been appropriate,’” according to Surgical Watch re: IVC Filter lawsuits.

“The Lehmann Report: C.R. Bard began receiving complaints of device loosening, fracturing and migration as early as 2004. Without reporting their concerns to the FDA, the company instead consulted with Dr. John Lehmann to compare newer models to older models to see if they had improved the rate of failure. This internally circulated document was not meant for release to plaintiffs, but was accidentally disclosed and later redacted. If the report is allowed in court proceedings, it could suggest manufacturer negligence and failure to warn the public of known risks,” according to Surgical Watch re: IVC Filter lawsuits.

Complications and Side Effects of IVC Filters

There have been many complications and injuries from IVC filters. Below is just a few of the possible dangerous side effects that IVC filters can cause:

If you, or a loved one, believe that you have suffered any injuries or complications from an IVC Filter and need to speak with a nationally recognized IVC Filter law firm, fill out the application on the upper right hand side of this page or call MT Services’ toll-free hotline at: 877.571.0405 where live agents can assist you with any lawsuit services that you may need.