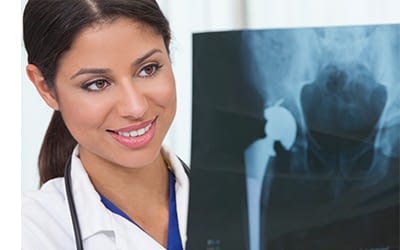 MT Services LLC provides up-to-date lawsuit news on all of the various defective hip litigations, as well as various services to assist victims with getting the help they need during such a difficult time. These services include: lawsuit pre-settlement funding cash advances, surgical or medical procedure funding (or cash needs related to surgery), and attorney referrals – solely at the plaintiff’s discretion – to nationally recognized hip implant and recall lawyers and law firms.

Below is a list of just some of the hip litigations that MTS is currently working on:

ASR Hip Model - In July 2012, DePuy issued a voluntary recall on its ASR model. Prior to the recall, approximately 70,000 ASR’s were implanted worldwide, resulting in over 10,000 suits filed in various State and Federal Courts through the U.S. Research had shown that the DePuy ASR metal-on-metal model had a very high failure rate of approximately 15-25%. In addition to failure of the actual hip system, the metal components were causing metallosis in the blood, which is elevated chromium and cobalt levels. Whether the hip was defective or caused metallosis, many hip victims were forced to go through painful revision surgeries resulting in claims for pain and suffering, as well as wage loss and economic claims.

Settlement Reached - In late 2013, a global settlement was reached with DePuy and close to 7K of the active claims with an average settlement value of approximately $250K per hip implant and revision. In order to be included in the first settlement, plaintiffs must have had a revision surgery by August of 2013. ASR victims who have not filed their lawsuit or have not had a revision surgery yet may still be entitled to compensation. However, the time to file an ASR lawsuit claim is ticking. If you, or a loved one, are in need of a DePuy lawyer or DePuy law firm, fill out the pre-application on the upper right hand side of this page for a free legal consultation by a national law firm.

Pinnacle Hip Model - The DePuy Pinnacle Model has basically the same metal-on-metal components of the ASR model; however, DePuy continues to sell this hip model even though it is also subject to thousands of lawsuit claims in State and Federal Courts throughout the U.S. The Pinnacle Model causes the same metallosis issue as the ASR Model and requires revision surgery to remove the defective hip to avoid the side effects of metal poisoning in the victim’s blood. To date, no recall has been made on this product, but many experts believe that this could come in the future – or after the ASR litigation has wound down. To date, DePuy has implanted over 100,000 Pinnacle Hip Models worldwide. Victims who have elevated chromium and cobalt levels in their blood, have already had a revision surgery, or are having issues with their Pinnacle hip should seek immediate legal counsel.

$500 Million Jury Verdict Reached Against J&J & DePuy over Pinnacle Hip – Johnson & Johnson and its DePuy unit were hit with a $500 million jury verdict over its Pinnacle metal-on-metal hip implants. After two months of trial, a Texas federal jury found that “the Pinnacle hips were defectively designed, and that the companies failed to warn the public about their risks.”

Now, J&J and its DePuy unit must pay $500 million to five plaintiffs who were injured by the Pinnacle metal-on-metal hip implants. There are still approximately 8,000 cases pending in federal court over the Pinnacle devices.

THE TIME TO FILE A LAWSUIT AGAINST DEPUY IS LIMITED. FOR A FREE LEGAL CONSULTATION ON YOUR DEPUY HIP CASE, FILL OUT THE PRE-APPLICATION ON THE UPPER RIGHT HAND SIDE OF THIS PAGE.

ABG II, Rejuvenate, and Accolade Hip Models - In July of 2012, Stryker Corporation issued a voluntary recall on both its ABG II and Rejuvenate Hip Model Systems. Although the hip systems are not considered to be a true metal-on-metal hip, the models’ stems do contain metal. The metal component has shown to cause metallosis in hip implant victims and side effects requiring a painful revision surgery. Experts believe that of the 20,000 or so implants between these two hip products, the hips could fail at a rate close to 50%, resulting in one of the worst hip failure rates in the market.

Stryker Settles for $1.43 Billion - Stryker Corporation has agreed to pay $1.43 billion to settle thousands of hip implant lawsuits filed against them. The settlement was announced November 3rd, 2014, both in the Bergen County courthouse before Superior Court Judge Brian Martinotti and in the U.S. District Court in St. Paul, Minnesota. The settlement is expected to deliver awards in the amounts of $10K to $600K for serious complications. Those who have received the devices in question, the Stryker Rejuvenate and ABG II hip replacement devices, and consequently had them removed, are eligible to participate in the settlement; however, those who sued prior to device failure without replacement surgery before November 3rd are not qualified to participate in the settlement at this time. According to lawyers close to the situations, it is expected that individuals with revisions after November 3rd, 2014 “could be covered in a future round of negotiations.”

IF YOU HAVE NOT CONTACTED A STRYKER LAW FIRM YET, FILL OUT THE PRE-APPLICATION ON THE UPPER LEFT OF THIS PAGE FOR A FREE CASE EVALUATION.  TIME TO FILE A STRYKER HIP LAWSUIT CLAIM IS LIMITED.

Wright Medical Technology Inc. was issued a subpoena regarding their Profemur Hip Replacement Implants. The company’s SEC filing issued the following statement: The federal subpoena requested “records and documentation” on its line of Profemur metal hip replacement products from the period between January 1, 2000 to August 2, 2012. The company stated that it is gathering the requested information for the U.S. Attorney and maintains that the subpoena “is not an allegation of wrongdoing or product safety issues.”

A $4.5 million verdict was reached against Wright Medical Technology Inc. over their Profemur R hip implant. Jurors in Los Angeles County Superior Court found that Wright’s Profemur R was not defective in its design, however, it was defective in its manufacturing.

Wright Medical Technology Inc. currently faces more than 1,000 lawsuits over their hip implants. The majority of the cases have been coordinated for pretrial proceedings in either the LA County Superior Court or the U.S. District Court for the Northern District of Georgia where the multidistrict litigation (MDL) is taking place (MDL No. 2329). Bellwether trials are set to begin this year.

MTS is assisting victims of these hips with lawsuit funding, medical procedural cash needs, as well as providing them with a free legal consultation from a national Wright Hip law firm.

TO APPLY FOR ANY OF THESE SERVICES, INCLUDING A FREE CASE EVALUATION FROM A WRIGHT HIP IMPLANT LAW FIRM, FILL OUT THE PRE-APPLICATION ON THE UPPER RIGHT HAND SIDE OF THIS PAGE.

Biomet Hip Implant System - BioMet Inc., has been the subject of 1000’s of lawsuits throughout the U.S. for metal-on-metal hip implant defects, including metallosis and general implant defects. MTS is providing various lawsuit and medical funding services if you already have a BioMet lawyer or law firm. Settlement Reached - The multidistrict litigation in the U.S. District Court for the Northern District of Indiana began in 2012, and in February of 2014, Reuters News reported U.S. medical device maker,

BioMet Settles for $56MM - BioMet Inc., agreed to a $56 million settlement over its BioMet M2a 38 or M2a Magnum hip replacement system. The settlement resulted in an average settlement amount of approximately $200K per hip case that involved revision surgery. The $200K figure is 20% less than the recent DePuy settlement of approximately $250K per case, mostly because the failure rates of BioMet’s hips were not as high as that of DePuys models. However, the $200K seems to be a very fair figure, considering that BioMet has not admitted any wrongdoing in the case, and the company was committed to fighting the entire litigation aggressively.

IF YOU ARE HAVING ISSUES WITH YOUR BIOMET METAL-ON-METAL HIP AND DO NOT NEED HAVE A LAWYER YET, FEEL FREE TO FILL OUT THE APPLICATION ON THE UPPER RIGHT HAND SIDE OF THIS PAGE FOR A FREE CASE EVALUATION.

Please read our disclosure statement located on the footer of our website, which outlines the terms and conditions regarding our various vendor relationships.