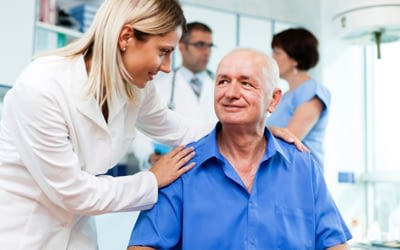 MT Services LLC provides up-to-date lawsuit news on Pradaxa, Xarelto, and other blood thinner cases, as well as provides various services to assist victims with getting the help they need during this difficult time. These services include: Lawsuit Pre-Settlement Funding Cash Advances, Surgical or Medical Procedure Funding (or cash needs related to your surgery), and Attorney Referrals to Nationally recognized Pradaxa and/or Xarelto lawyers and law firms.

FDA Reports Indicate Pradaxa as Most Complained Drug in U.S.

Pradaxa, is a blood thinner medication that was approved by the U.S. Food & Drug Administration (FDA) in 2010 to reduce the risk of strokes and pulmonary embolism in those who suffer from non-valvular atrial fibrillation. Pradaxa was originally marketed to be a better alternative to Warfarin, the leading blood thinner medication. However, Pradaxa, according to independent reports, had a much higher excess bleeding rate than its competitor Warfarin. What was most concerning was that the drug –unlike Warfarin and other competitors- did not seem to have an available antidote to stop the excessive bleeding. The company is now in process of testing for a remedy to the Pradaxa bleeding, however for many families it is now far too late. By 2011, its first year after entering the market, the Boehringer-Ingelheim manufactured drug was linked to more than 500 deaths in the U.S. and named in 932 adverse event reports by the end of 2011.

According to Tom Moore, the senior scientist for drug safety and policy at the Institute for Safe Medication Practices, has indicated that the FDA data since 2010 has revealed 1,158 U.S. deaths and 12,494 serious injuries linked to Pradaxa – more complaints than any other U.S. drug.

According to several media releases, Boehringer Ingelheim, manufacturer of Pradaxa, agreed to settle 4,000 Pradaxa claims filed in Federal Court in the Southern District of Illinois and in various state courts. The reported average settlement value for each case was approximately $162K; however, many cases with more serious side effects have reportedly settled form much higher amounts. Although a settlement has occurred, it is not too late to file a lawsuit claim against the Pradaxa product.

If you, or a loved one, are suffering from any of the above side effects from Pradaxa or another blood thinner medication and need assistance with obtaining: lawsuit funding, surgical funding, or assistance with finding a Pradaxa Law Firm to give you a free case evaluation, fill out the pre-application on the upper right hand side of this page and an agent will call you promptly or call our toll-free hotline right now at: 877.571.0405.

Xarelto is another “blood thinning drug” similar to Pradaxa. If you, or a loved one, have suffered any of the symptoms listed below for cases of this nature, you could have a lawsuit claim against Xarelto Manufacturer Janssen Pharmaceuticals, a division of Johnson & Johnson Inc. In 2012, a number of deaths and serious bleeding events were attributed to Xarelto.

The Institute for Safe Medication Practices revealed that blood thinners – including Xarelto – were the most dangerous drugs with the highest number of serious side effects reported to the FDA. Since Xarelto’s release in July 2011, there have been many prescriptions written for it, and many patients and doctors are concerned that this medication may cause the same serious bleeding risks as Pradaxa. Like Pradaxa, Xarelto has no known antidote, and there is no effective way of stopping the hemorrhaging that can be caused by Xarelto. These side effects are what cause people to sue the makers of these drugs.

Reports have come in that plaintiffs have continued to file lawsuits over Xarelto, and in December of 2014 and January of 2015, judges both in Pennsylvania and Louisiana consolidated the filed cases into multidistrict litigation (MDL) as well as a mass tort program. Currently, according to court documents, there are more than 300 lawsuits filed over Xarelto just in the federal litigation in Louisiana, while there are about 160 known cases as of now with similar claims pending in Pennsylvania’s mass tort proceeding. The lawsuits claim that as a result of using the blood thinner, serious complications, health problems, and even death have occurred related to uncontrollable bleeding events.

An MDL helps simplify the process because a number of cases can be handled by the same experienced judge and in the same court. People whose lawsuits become a part of an MDL keep their own lawyers, and their suits are still handled as individual cases. The recent settled cases in the Pradaxa litigation were for an average of $162K per case, or $650MM for about 4K cases, although many cases with more serious injuries had values much higher in the $500K range according to legal experts. It is expected that plaintiffs with similar claims to the Pradaxa claims could see settlement values in the $150K+ range.

Two new court documents were issued in consolidated litigations regarding Xarelto in Pennsylvania and Louisiana. According to court documents, a court order dated March 24th for the U.S. District Court in the Eastern District of Louisiana, where the federal multidistrict litigation (MDL) for Xarelto is being overseen, indicates that plaintiffs will now be able to file cases directly in the proceeding (In Re: Xarelto Products Liability Litigation, No. 2592). Also, in the Philadelphia Court of Common Pleas in Pennsylvania,court documents from March 23rd show that plaintiffs who have claims and want to file suits will be able to use a Master Long Form Complaint in Pennsylvania’s (PA) mass tort proceeding for Xarelto (In Re: Xarelto Litigation, Case ID 150102349).

According to an article posted on Drug Watch on February 17th, 2015 filed under Current Litigation & Lawsuit News, the announcement was made that Bayer and J&J are seeking further federal approvals for Xarelto for stroke patients, even as cases are consolidated into MDL.

If you or a loved one is suffering from any of the above side effects from Xarelto or another blood thinner medication and need assistance with obtaining: lawsuit funding, surgical funding, or assistance with finding a Xarelto Law Firm to give you a free case evaluation, fill out the pre-application on the upper right hand side of this page and an agent will call you promptly or call our toll free hotline right now at: 877.571.0405.