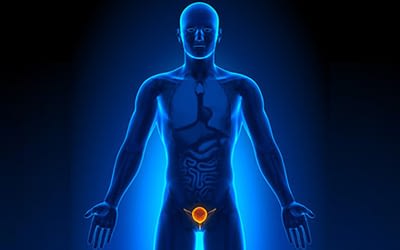 MT Services LLC provides up-to-date lawsuit news on the Actos litigation, as well as various services to assist victims with getting the help they need during this difficult time. These services include: Lawsuit Pre-Settlement Funding Cash Advances, Corrective or Revision Surgery Procedure Funding (or cash needs related to your surgery), and Attorney Referrals to Nationally Recognized Actos Lawyers and Law Firms.

Upon approval of Actos in 1999, the FDA directed Takeda Pharmaceutical Co. – a Japanese Company who manufactures the drug – to undertake a post-marketing study on the safety and effectiveness of Actos. Takeda allegedly delayed the launch of the study – and thus delayed the results that would ultimately show a significant risk of bladder cancer to patients who used the drug.

In April 2012, Health Canada, the government drug safety agency for Canada, also issued a safety warning on Actos. Diabetes patients prescribed Actos for over a year had two times higher risk of bladder cancer than diabetes patients not taking Actos, according to the studies.

Actos, through many studies, has shown to cause a serious side effects including but not limited to:

Takeda Agrees to Pay $2.2 Billion to Settle More Than 8,000 State and Federal Lawsuits over Actos

Takeda Pharmaceutical Co. has agreed to pay $2.37 billion to settle approximately 8,000 federal and state lawsuits over its drug Actos. The 8K cases include 3,500 lawsuits in Lafayette, Louisiana before U.S. District Judge Rebecca Doherty (In Re: Actos (Pioglitazone) Products Liability Litigation, 11-md-02299, U.S. District Court, Western District of Louisiana), and about 4,500 suits in California, Pennsylvania, Illinois, and West Virginia, according to Bloomberg News. The claimants alleged that Takeda hid the bladder cancer risks of the diabetes drug, however, according to Drug Watch, Takeda insists that the benefits of Actos far outweigh the side effects.

The settlement offer came just after the $36.8 million award against Takeda and Lilly for a man who alleged that he developed bladder cancer after taking Actos for about five years.

MTS urges patients who have developed bladder cancer while on Actos to contact them immediately to seek a free legal consultation to determine if they could be in-line for a large settlement award. Time is limited to file a lawsuit claim against Actos.

MTS Services LLC is here to help you regardless of where you are in your litigation. If you have already retained a lawyer and cannot wait years for your ultimate settlement amount, MTS can help you obtain a lawsuit cash advance – also known as pre-settlement lawsuit funding – or a surgical funding to assist you with your medical expense needs.

If you have just been diagnosed with bladder cancer and need to speak with an Actos law firm to ascertain if you have a claim, MTS can assist you with obtaining a national recognized Actos lawyer. However, the time to file an Actos bladder cancer claim is coming to a close, so MTS urges you to act quickly.

To apply for any of the above services feel free to apply by fillingout the pre-application on the upper right hand side of this page; or call our toll free hotline at: 877.571.0405 where live agents are always available to answer your Actos bladder cancer lawsuit questions.